Nancy J Kelley + Associates (NJK+A) builds things that matter for science and medicine in order to solve some of the world’s most intractable problems. Whether advancing translational genomic research that has the potential to cure human disease and improve quality of life or facilitating ways that we can feed, fuel and heal the world through technological innovation in biology, NJK+A is committed to delivering scientific and medical breakthroughs. NJK+A has experience in every function of building, financing, growing and scaling organizations from strategic planning to executing a grand strategy. NJK+A has also successfully managed and negotiated large, complex, public/private healthcare and research related transactions with extensive public approval processes, design and construction programs, zoning and related legal documentation. For more information, visit www.nancyjkelley.com.

Feinstein Kean Healthcare, a 30-year old consultancy, has been the innovator’s partner within the life sciences and healthcare. We serve academic, commercial, government and non-profit clients with a full range of strategic, creative, communications and advocacy services.

In May 2017, more than 250 attendees, including scientists, industry leaders, ethicists, communicators, lawyers, artists, and members of the public gathered over two days at the New York Genome Center for the second annual GP-write meeting. Launched a year earlier at a meeting in Boston and an accompanying commentary in Science, GP-write is focused on using synthesis and genome editing technologies to understand, engineer and test living systems of model organisms, including the human genome, and plants in cell lines. The goal of GP-write is to not only deepen our understanding of life but to develop pragmatic technologies of general use in biology, improving the cost and quality of DNA synthesis, DNA assembly in cells, and testing of many DNA variations on tissue characteristics. At the beginning of 2017 GP-write was named a “project to watch” by Nature.

The second meeting explored concrete steps that GP-write can take to solve some of the most important problems facing humanity, including how to uncover the engineering principles of complex genomes, what impact human genetic diversity has on disease, and how to ensure that the advances of genome engineering research are safely and ethically shared with the broader scientific community and the public. Presenters discussed their proposals for pilot projects that would fall under the GP-write umbrella. Organizers also unveiled nine working groups tasked with developing roadmaps for critical aspects of the project, including a scientific executive committee; ethical, social, and legal implications; safety engineering; technology and infrastructure development; high performance computing and data infrastructure; policy development; standards, quality control, and reporting; intellectual property; education; and communications and public outreach.

Following the meeting, there were numerous reports in the press, including Science, NPR, The Atlantic, and Scientific American. In June 2017, GP-write was featured in the cover story for Newsweek, and in April 2018, the work of George Church and GP-write was featured in WIRED magazine. Before the May 2018 meeting, GP-write was also featured in articles by Neo.LIFE and Chemistry World, and the project has also been approached by authors and a documentary film team to chronicle its advances.

The 2018 GP-write Scientific Working Meeting was held on May 1 at Harvard Medical School in Boston, Massachusetts, including over 130 attendees and members of the press. The goal of the meeting was to announce the first official community project, ultra-safe cells which resist natural viruses as well as cancer, aging, radiation, and freezing. In support of that effort, the Wyss Institute and Cellectis, a leading cell therapy company, announced a collaboration to use TALEN gene editing technology to introduce changes into DNA code with high specificity and across an entire genome. It has subsequently been announced that the donation of intellectual property by Cellectis will be made available to the rest of the GP-write consortium. Additionally, organizer Jef Boeke and colleagues at NYU Langone Health announced an award of $8M over five years from NIH’s National Human Genome Research Institute to fund a Center of Excellence in Genome Science for studying the “dark matter of the genome,” a goal shared by GP-write. 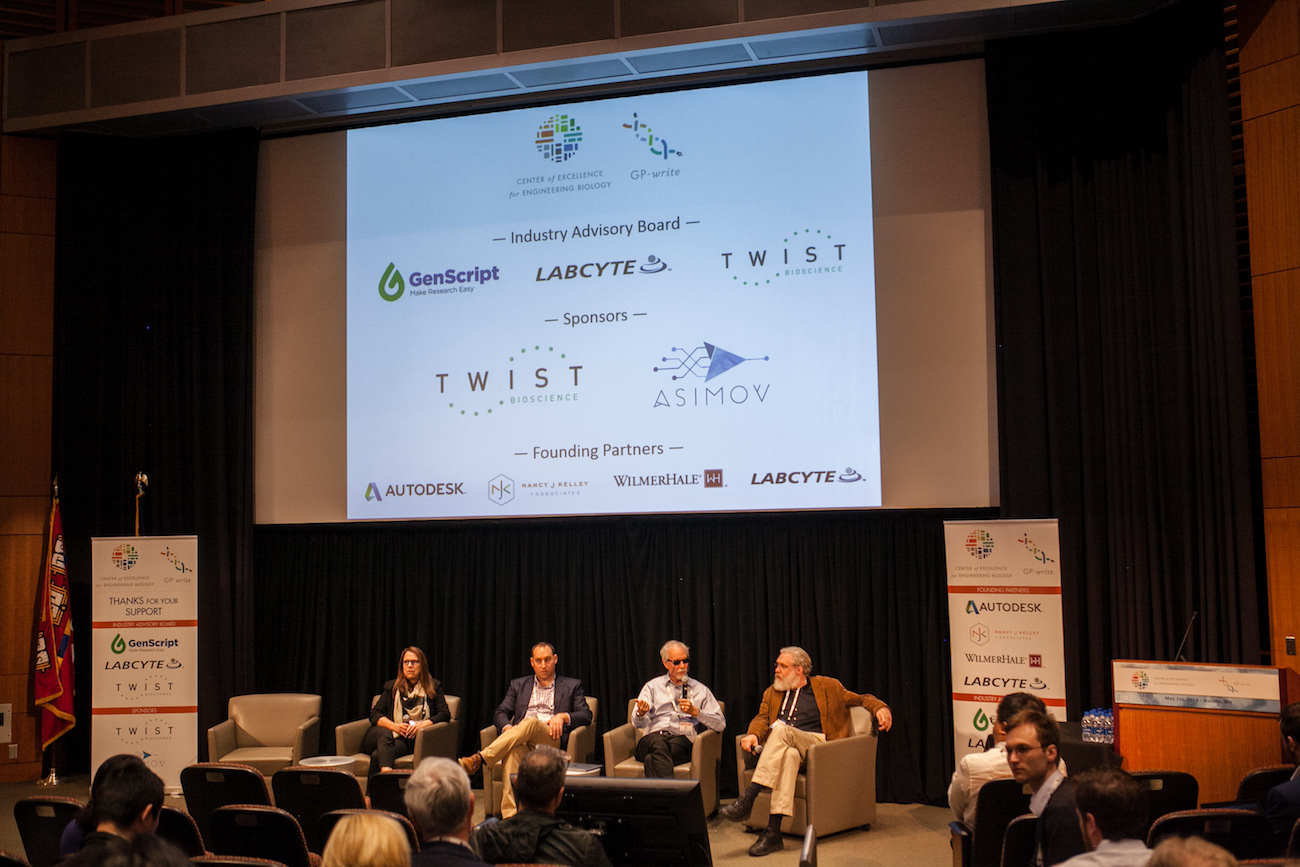 At the meeting, the nine working groups presented their charters and roadmaps. Over 100 scientists volunteered their time to these efforts, and completion of these foundational documents was a significant accomplishment and a milestone for the project. Presenters and panelists held question and answer sessions following each roadmap presentation. In addition, members of the international GP-write consortium presented updates on genome writing advances in their home countries, including several large-scale investments in technologies related to GP-write. GP-write now includes affiliates in 15 countries around the world.

Finally, the Industry Advisory Board was introduced, with Labcyte, GenScript, and Twist Bioscience as founding members. These companies have agreed to provide financial and other benefits to GP-write affiliated scientists, such as discounts on instruments and technology and early access to new technologies. The meeting concluded with presentations from industry partners and meeting sponsors, followed by a press conference.

The announcements coming from the 2018 meeting garnered extensive press coverage by publications including Time, Scientific American, Nature, Science, and the MIT Technology Review. GP-write appeared in 378 total articles following the meeting, reaching 384 million readers, for a total publicity value of over $200,000. GP-write will continue its transparent and positive relationship with the press as a crucial mechanism for engaging with the public about genome synthesis advances. 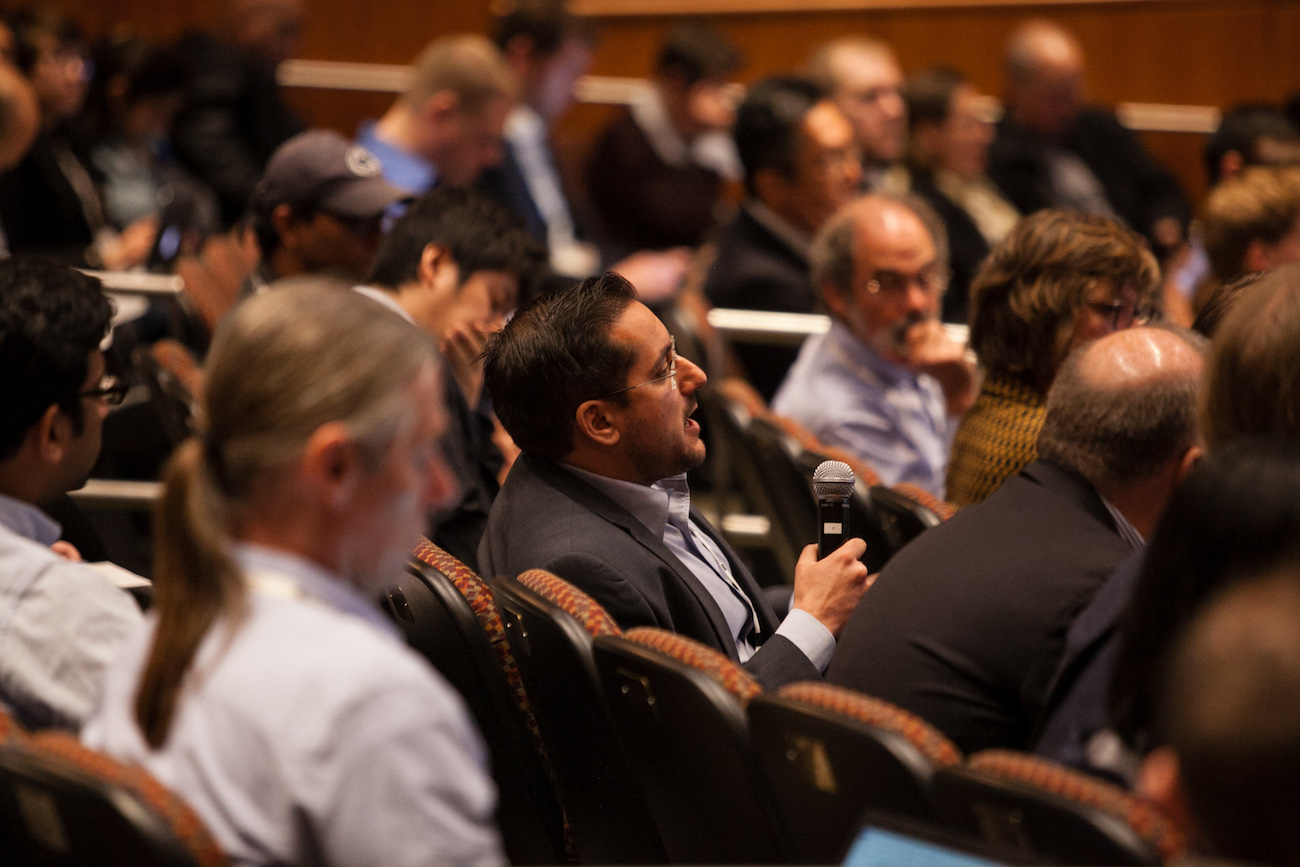 The GP-write working groups will continue revising their strategic roadmaps in light of the discussions at the meeting, with the goal of publishing the charters and roadmaps on a public forum in the near future. A third public meeting is being planned for October 2018.

We invite you to get involved in GP-write and take part in the conversation.